A symbolic place. A historical place.

On August 3, 1926 Rimbalzello was sold to the Golden Beach Society; real estate and park were bought by Comm. Soave Besana, owner of the Savoy Palace Hotel, which transformed the private home into a public place. Soave Besana inaugurated the renewed Rimbalzello in 1926, and precisely Sunday, September 22. On the feast of Santo Stefano that same year he also prepared the ballroom on the upper floor, equipped with "lights of a thousand colors" where tea dances would be held every day.

The prestigious venue was immediately frequented by the golden youth not only of the Riviera, beginning with the young lovers of Gabriele D'Annunzio and the same Angèle Lager, returned to Gardone in 1927 with the hope of reconnecting the relationship with the "divine" Gabriele. 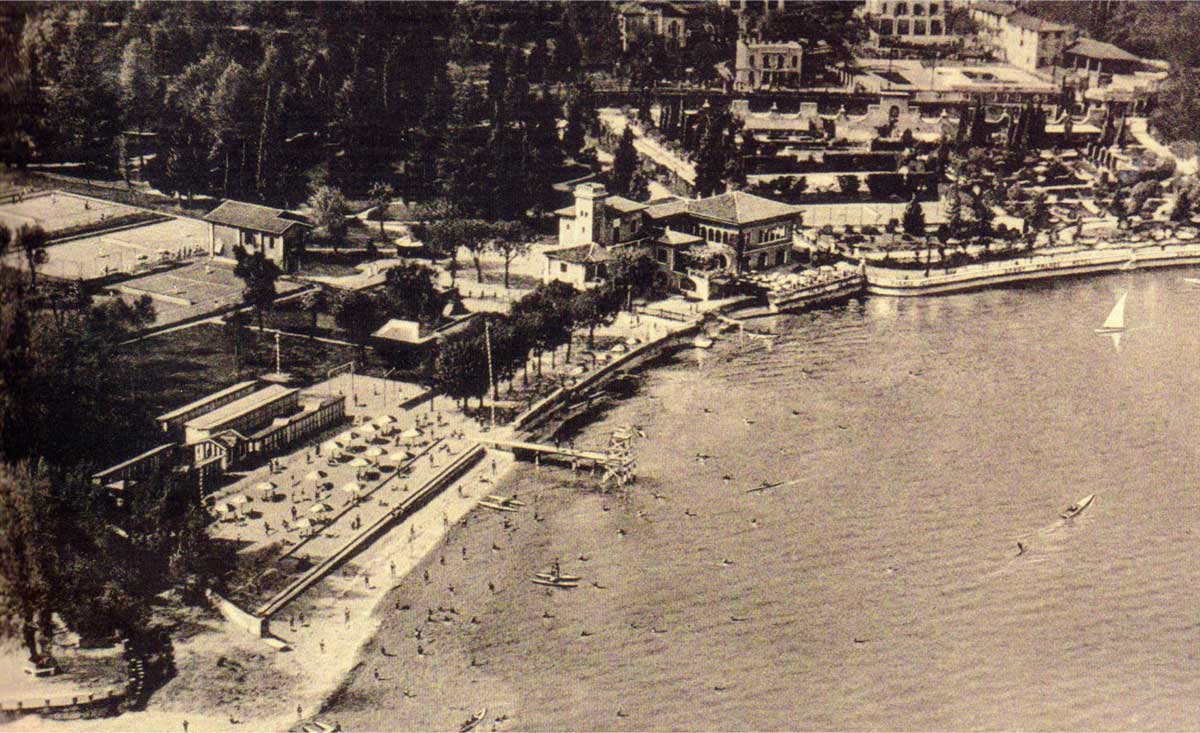 “And it was the poet who changed the name to Villa Norsa. Observing, in fact, his French translator Doderet threw pebbles into the water with bounce called it, in fact, Rimbalzello (Bounce).”

Il Rimbalzello was known in Barbarano, at the end of the nineteenth century, under the name of Villa Norsa, already marked on maps since 1898. The beautiful house, located in the territory of Salò, on the border with Gardone Riviera, was surrounded by vast and charming park from the shore of the lake to the road, as you can still see today. In 1913 it was acquired by the mature French noblewoman Madame Marguerite d'Espaigne who deeply marked its history also for her friendship and association with Gabriele D'Annunzio, who immediately nicknamed it "Santa Margherita" or "Madame l'Abbesse". 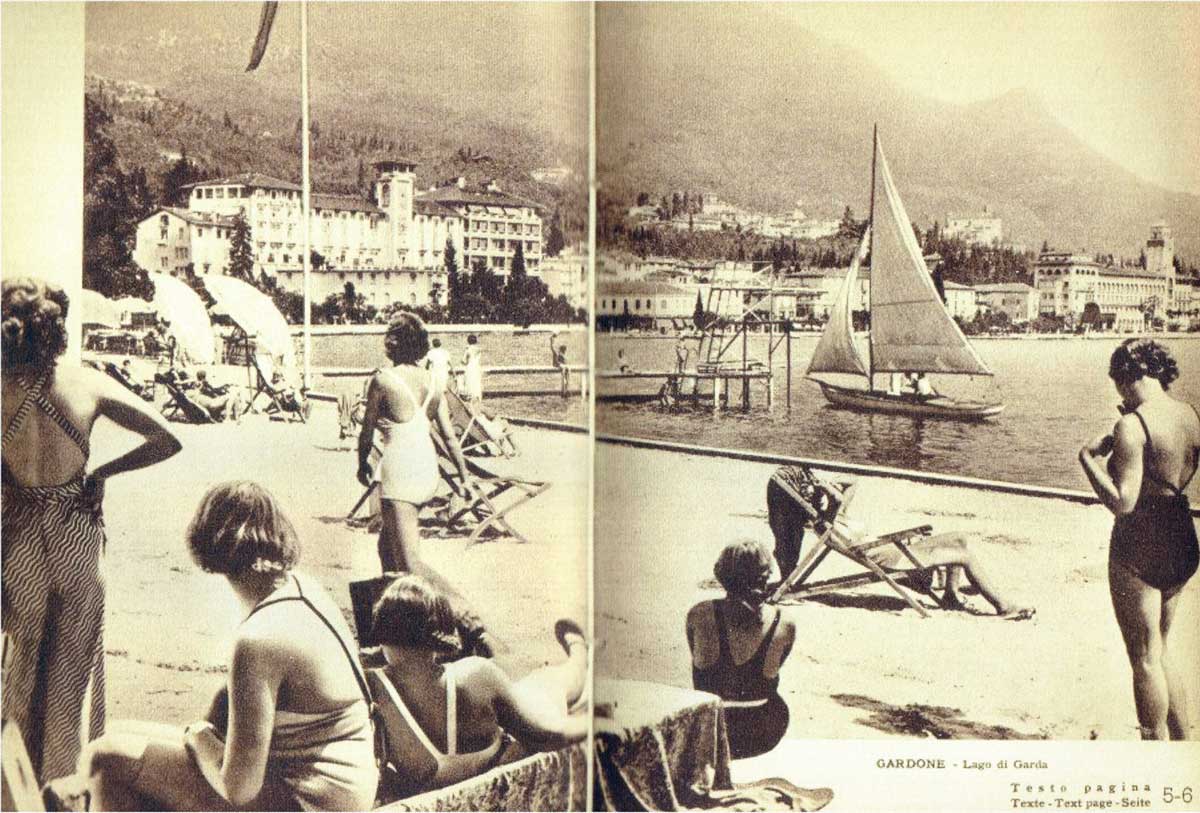 “From the letters it is deduced that Gabriele D'Annunzio enjoyed the Rimbalzello of a pied-à-terre, rented and frequented assiduously for some years, until the end of the infatuation for the young girl he nicknamed Jouvance.”

Marguerite d'Espaigne’s companion was the twenty-two-year-old Angèle Lager, with whom from 1923 to 1925 the poet had an overwhelming love story, of which remains the important correspondence kept at the Vittoriale. When Madame began to think about selling the property, D'Annunzio himself would have expressed the desire to buy the Rimbalzello, as he wrote in a letter of August 31, 1924. Uncertainties and difficulties dragged the project of giving up the Rimbalzello for a couple years. The architect Giancarlo Maroni, commissioned by the poet to manage the accommodation at Rimbalzello, took care of all the events related to the property of d'Espaigne. 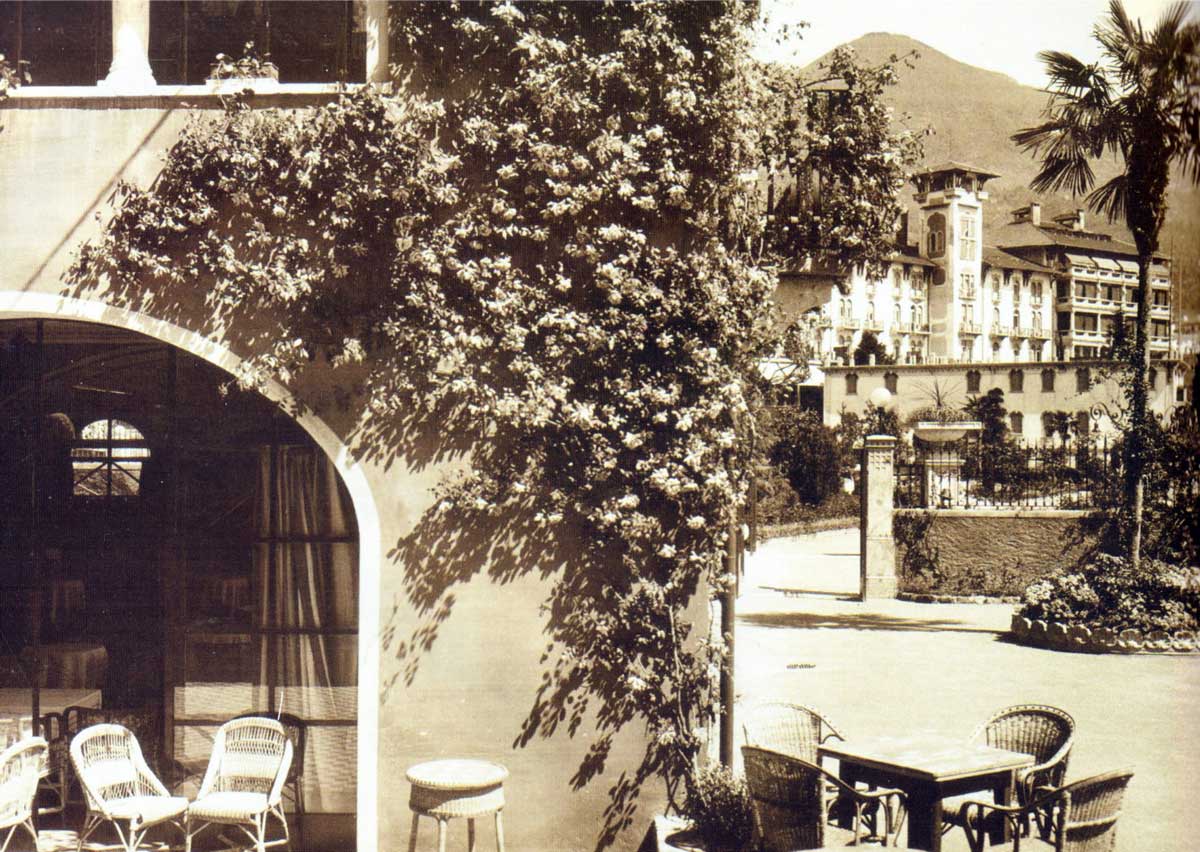 In 1938 the crisis of tourism, caused by the escalation of the war, induced the Comm. Soave Besana to give the beautiful property of Rimbalzello to general of the army Eugenio Bravi. On August 2, 1941, the new owner applied to the Prefectural Commissioner of Salò to get Giuseppe Tonoli the licence to operate the Rimbalzello. The most prestigious season of the local public, especially night club, closed as a dependency of the Savoy Palace Hotel, housed in the beautiful villa that was the home of Marguerite d'Espaigne.